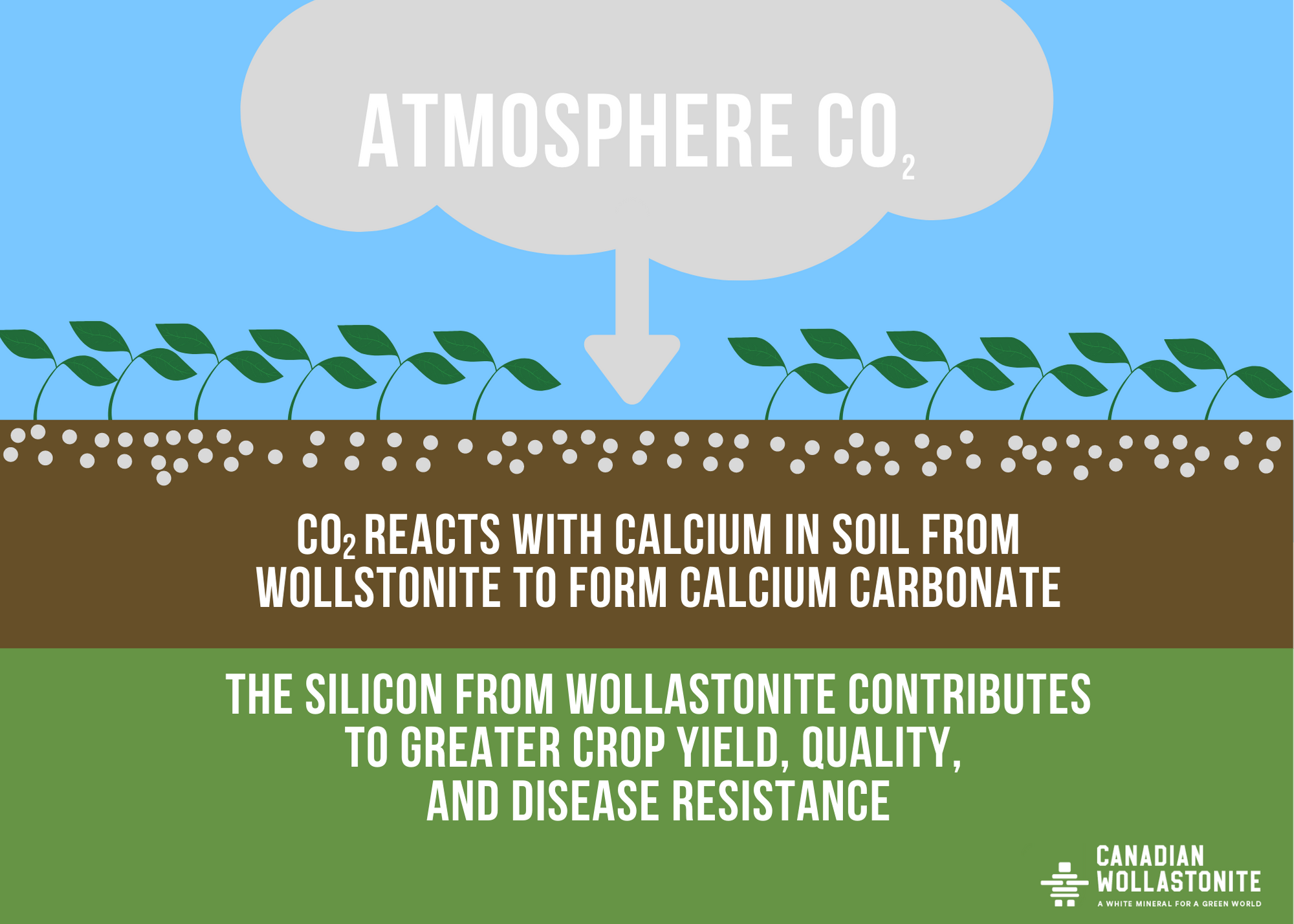 How U of G engineers are reducing climate change by trapping carbon dioxide in soils.

Human actions, such as a gas-guzzling morning commute, have led to significant increases in atmospheric carbon dioxide (CO2) levels. In turn, high levels of CO2 in the atmosphere block the sun’s heat from escaping and is a recognized cause of global warming. Changes in our earth’s climate can have devastating repercussions, such as more frequent and unpredictable natural disasters and even the extinction of species. We need mitigation strategies.

University of Guelph engineers Emily YW Chiang, Rafael Santos, and their team have identified a calcium-silicate mineral called wollastonite that could help to reduce atmospheric CO2. Namely, this mineral can aid in a process called mineral carbon sequestration. Carbon sequestration is where atmospheric CO2 is captured through a chemical reaction and stored in the soil. Although wollastonite has been commercialized for soil amendment in Ontario, we do not yet know how much CO2 is sequestered annually because of this mineral. Chiang’s work represents the first experimental research on wollastonite’s potential for carbon sequestration in a field setting. To understand the impact of wollastonite on carbon capture within a variety of agricultural settings, the team conducted experiments on three commercial farms in Ontario: a soybean farm, a vegetable farm, and a potato farm. The different sites varied in how much wollastonite was used and for how long. The team gathered soil samples and detected the carbon content analytically and estimated the level of CO2 sequestration by using a mathematical equation.

“Wollastonite releases calcium and other micronutrients into the soil when it reacts with the dissolved CO2. In that way it may also improve soil fertility,” explains Chiang. “The results of this research offer convincing evidence for field producers to use wollastonite on their lands, and thus contribute to global climate change mitigation while enhancing crop quality.”

Canadian Wollastonite is a proud partner in this research project with some promising results so far.  See the following for more detailed information on this project:  CARBON DIoxide