The research has been piling up for a long time, now it is time for action 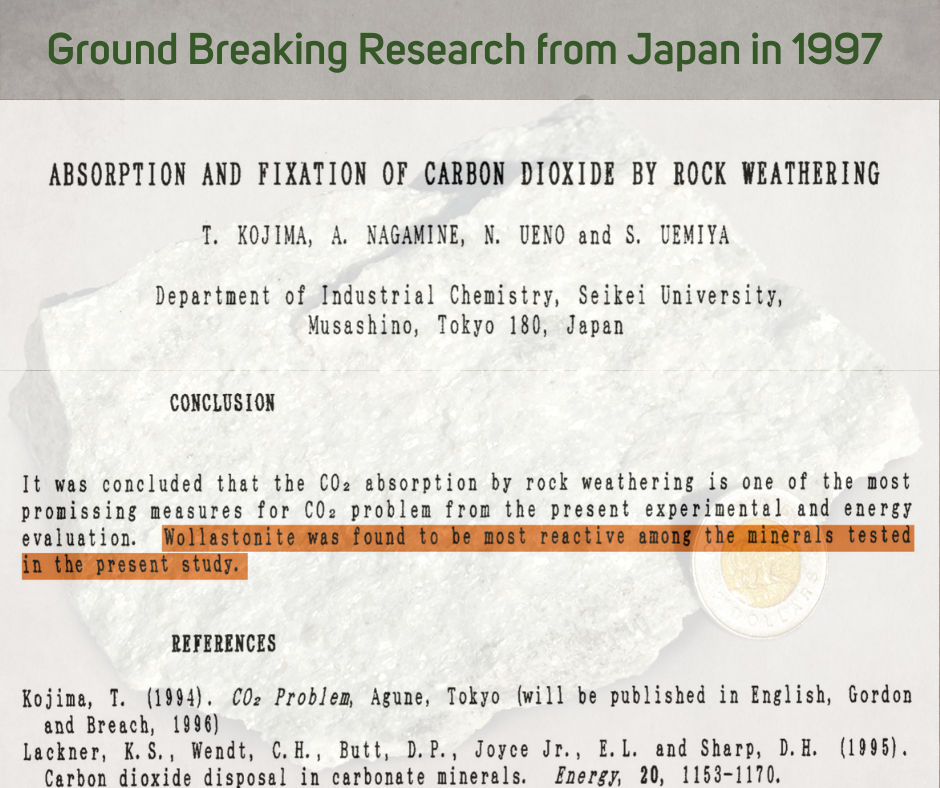 Climate change has been on the international stage for a while now. Remember the Tokyo Protocol? Many governments signed it into effect the same year this study was published.

As one of the first, this study proposes using rocks as a solution to reduce atmospheric levels of CO2 rapidly. After twenty-plus years, turning carbon into rock using accelerated weathering of calcium and magnesium silicate minerals remains one of the best large-scale shovel-ready solutions to rapidly capture vast amounts of carbon dioxide while improving crop quality and yields.

And as noted in this study, wollastonite is the best option tested

Weathering of rock to fix carbon dioxide is how 99.9% of all the carbon ever released into the atmosphere has been stored and is the primary process that has helped regulate the climate for billions of years. I think we can call this method tried, tested and true!

Wollastonite in CW Grow rapidly breaks down and reacts with carbon dioxide. Now everyone can fix carbon from potted plants, gardens, and trees to farmers’ fields. Let’s go.